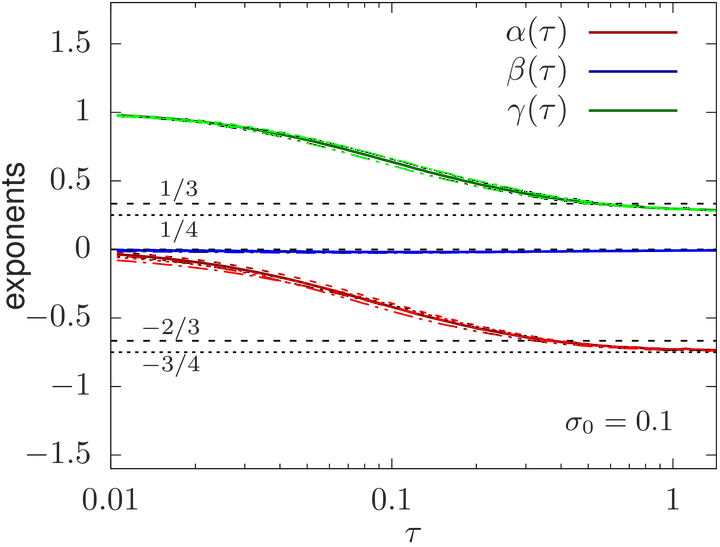 In the high energy limit, the colliding heavy-ions act as fast moving colour sources, which generate very strong chromo-electric and chromo-magnetic fields. Due to their large amplitude, the fields at the earliest instants of the collision can be described by classical-statistical simulations of Yang-Mills equations of motion. Despite weak coupling, this evolution is non-perturbative, yet the gluon phase-space density demonstrates remarkably simplified evolution, described by self-similar scaling with constant scaling exponents. The pure glue kinetic simulations have confirmed such behaviour, as predicted by the “bottom-up” thermalization scenario.

Revisiting the scaling behaviour with kinetic simulations, I discovered that the simplified self-similar evolution exists at much earlier times, if the scaling exponents are viewed as slowly varying effective degrees of freedom. In our Letter we dubbed such behaviour “prescaling” and argued that the corresponding scaling exponents can be used to construct a hydrodynamic description of the plasma far from equilibrium. In contrast to the actively studied phenomena of “hydrodynamic attractors”, our effective loss of information is not based on approach towards the equilibrium state. 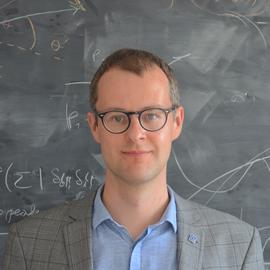