How quantum systems behave away from equilibrium is a topic of intensive research across many different physics branches from cold atom experiments to hadron collisions. A question of fundamental importance in heavy-ion research is the mechanism behind the rapid formation of the new state of nuclear matter called the Quark-Gluon Plasma (QGP), which is created in relativistic nuclear collisions1.

One of the remarkable properties of the fundamental theory of strong interaction—Quantum Chromo-Dynamics (QCD)—is that the interaction becomes stronger at smaller energies (or larger distances). Ultimately this property is responsible that no free quarks have been observed. In contrast, at very high temperatures, when coupling becomes small and the nuclear matter melts into a soup of quarks and gluons the non-equilibrium QCD dynamics is successfully modelled by weakly coupled QCD effective kinetic theory2. The leading order elastic quark and gluon scatterings and thermal medium induced collinear radiation contain the essential microscopic physics necessary to describe the equilibration of a QCD plasma in the “bottom up” thermalization scenario3 (see figure). The existent non-perturbative formulation of QCD on a lattice is not well suited to simulate the real time dynamics (due to the so called sign problem), therefore weakly coupled effective kinetic theory remains state-of-the-art tool in studying non-equilibrium evolution of quark-gluon plasma. 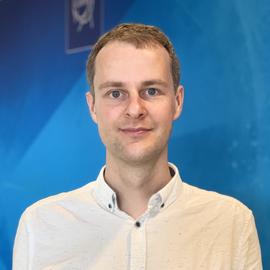 This paper is a write-up of the ideas that were presented, developed and discussed at the third International Workshop on QCD …
J. Adolfsson, others, Eur.Phys.J.A 56, (2020).
EPJA
arXiv PDF EKT Journal 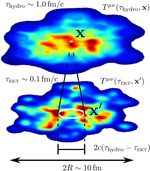 Equilibration of QGP in small systems

Prescaling and Far-from-Equilibrium Hydrodynamics in the Quark-Gluon Plasma